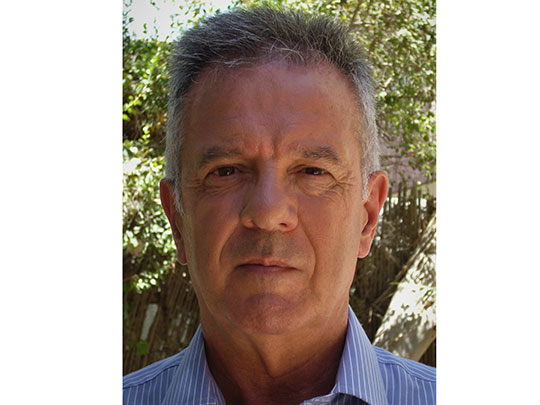 Pete Neville has all the hallmarks of what you might call a ‘tough guy’. He’s a Glaswegian, who served for over 20 years with both the RAF and the British Army. He reached the rank of Company Sergeant Major with responsibility for discipline among the troops, as well as his operational duties, before leaving to work as a Security Manager in Central America operating in hostile and high-risk environments.

However, there is another side to Pete. He is hugely respectful of cultural differences, for example, and cares deeply for his fellow human beings. Importantly, he is also prepared to speak openly about mental health issues and is encouraging others to do the same.

Pete moved into health and safety following his time in Central America. “For me, it’s a caring profession,” he said. “It’s about guiding others and showing a great deal of sensitivity so you’re seen as a supporting influence, not just the guy who gets people into trouble. That’s what I love about it.”

His initial move back in 1997 was to take the NEBOSH National General Certificate in Occupational Health and Safety, which landed him his first safety role with a pharmaceutical firm. Since then, over a period of 18 years, Pete has worked in various industries in locations throughout the world in both management and consulting. He holds a NEBOSH International Diploma in Occupational Health and Safety, National Diploma in Environmental Management and the NEBOSH International Technical Certificate in Oil & Gas Operational Safety. However, it is the NEBOSH Certificate in the Management of Health and Well-being at Work that he is particularly keen to highlight.

“It’s a qualification that brings together three very important disciplines, namely health and safety, occupational health services and of course Human Resources (HR). It really gives a cohesive approach to health and wellbeing and that’s the thing that really excites me about it, because one thing we must start doing as health and safety professionals is to de-stigmatise mental health issues.

“It’s a big big thing and I’m not afraid to open up about it myself and say I’ve suffered a brief spell of depression at one time. I really wasn’t myself and it impacted on my work and family life and let’s be honest about it, I think pretty much everyone has suffered at some point. It’s the same as anyone who has suffered from a sprain or a broken bone, we need to start seeing mental health issues in the same way and talk more openly about it.”

Pete is promoting the NEBOSH Health and Wellbeing Certificate to colleagues, contractors and anyone else he comes into contact with in his current role. He is working in a health and safety role in the Middle East, advising at events such as Formula E racing. “Of course, there are physical risks to manage, but these kinds of event revolve around strict deadlines and there is a lot of pressure. People’s wellbeing has to be taken into account.

“It’s why I’m pushing the NEBOSH Health and Wellbeing Certificate, because if you apply the knowledge it gives you and develop that, it really underpins the concept of health and safety being a deeply caring profession. It’s an area we all need to take on board more.”

Pete’s says his sensitivity to cultural aspects has served him well in his military and international career and his concern for people’s health and wellbeing has made him a better professional. A Glaswegian action man he may be, but perhaps the thing that really shows his toughness is his willingness to open up and tackle the kind of issues that some shy away from.