Self-investment in the information driven age


In some ways it is difficult to know where to begin with Mark Richardson. As a professionally qualified Health and Safety Manager, he is also an army reservist and has been for around 20 years. Mark has effectively developed two unrelated successful careers in parallel. 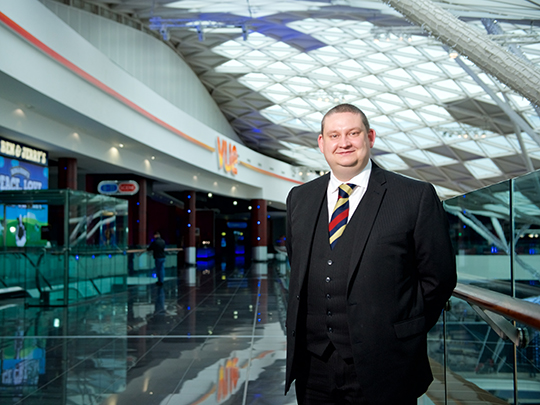 His role in the armed forces, as a Trumpet Major, has led him to take centre stage at several high profile sporting and public events over the years, including solo renditions of ‘The Last Post’. As a very active family man, it all begs the question ‘how did Mark ever manage to find the time to gain any health, safety and environmental qualifications?’ When you learn how many qualifications he actually holds you’re simply left wondering ‘how on earth does he do it all?’

Mark’s motivation appears to be a simple love for learning. “You know for me we are here on this earth once, so why not try and learn as much as you can while you’re here,” he told us. “I don’t think I will ever stop learning. I still have a running list of courses I would like to do!”

When it comes to NEBOSH, Mark, 37, already holds both our Occupational Health and Safety and Environmental Diplomas, as well as various Certificates including General, Fire Safety and Oil and Gas. The qualifications have helped significantly in his health and safety career.

Mark now works as Health and Safety Manager, for Vue Entertainment, after many years in similar roles in the retail sector. Vue Entertainment is part of the Vue International group which operates across 10 countries. He manages health and safety operations in the UK and Ireland, which has 87 cinemas serving over 36 million customers each year and employs more than 3,500 people.

Mark says he would not have been selected for his current position without a broad range of qualifications, because environmental, quality, hygiene and fire safety are equally important in his role.

He identifies an interesting aspect from an employers perspective, which he believes makes gaining a range of NEBOSH qualifications important for career professionals in the “information age”.

“We live in a very analytical and data driven world now,” Mark explained. “Employers and their HR specialists now know far more about our roles than they used to and they know the standards that are out there because, let’s face it, it is easy enough to Google and gain an understanding of what constitutes the very best candidate.”

“Of course I’m not saying for one second that experience does not contribute a huge part, because it does, however qualifications have become a major part of the criteria for employers because they can easily see online what the differences are between a NEBOSH Certificate and Diploma for example, and also how they compare with other alternatives. For me it is important to have gained ‘the best’ because as a result of readily available information, employers seem to now understand more than ever the level of effort and depth of knowledge and understanding it takes to hold a NEBOSH qualification and the advantages and benefits they bring.”

As a former student of the University of Hull, Mark describes as “inevitable” his future enrolment on one of their Masters qualifications run in partnership with NEBOSH. The only thing currently holding him back is that “list” he talks about, which has a Postgraduate Certificate in Education sitting at the top.

As well as his desire for learning, Mark also places a strong focus on self-investment. As well as sacrificing much of his time to study, he has also self-funded almost every qualification he has passed. “I look at something as two years of hard work that’s going to give me 20 years of good professional work output. For me that’s a great return on investment.”