Promoting Safety by Meeting the Needs of Workers 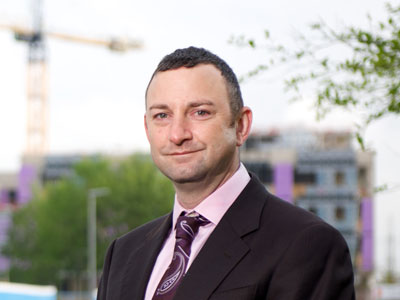 Nick has continued his studies ever since which culminated in achieving a PhD from Cardiff Metropolitan University. Under the supervision of Drs Peter Sykes and Colin Powell he investigated the association between worker engagement and safety behaviours.  This article shines a light on a small but core part of his thesis: the importance of meeting the needs of workers.

I once worked as a consultant for a global organisation which involved a lot of travel.  After a restless night in a hotel in North East London I awoke to find that my day’s work had been cancelled.  I set off to my next hotel in West London.  I plugged the details into my SatNav and ended up taking my first drive through central London.  As I emerged from the other side of the City, feeling completely washed out, I began mulling over my lonely, tiring lifestyle and the negative impact that the cancelled work would have on my performance figures.  All the while I was being flooded with information from my SatNav and the unfamiliar, hectic surroundings. What happened? I drove through a red light. I could have killed someone.

This incident illustrates how being tired, upset or pre-occupied strips us of the mental, emotional and physical resources that we need to be aware of our surroundings and respond appropriately.  We might blunder into hazardous situations or fail to deal effectively with risks and problems (which could then escalate out of control).  Even when we know the rules and risks associated with our activities, we might still experience lapses.

It is possible to organise tasks to lessen the mental demands on workers or to reduce reliance on worker’s judgement and discretion.  For example, a workplace could adopt behavioural approaches which might endeavour to make certain behaviours habitual (such as wearing personal protective equipment in particular areas).

In most instances, life is much more variable than systems of work can account for.  Driving a vehicle illustrates how successful outcomes are often the result of drivers applying their skill, experience and judgement to respond to what is actually happening around them.  Recent new approaches to safety management, called Safety II and Safety Differently (Hollnagel 2014, Dekker 2014) are based on the assumption that there is often a gulf between work-as-imagined and work-as-done.

Other responses to lapses in concentration could be to teach ‘mindfulness’ skills so that people are aware that their attention is drifting.  Stress awareness training might also help people to recognise when they are feeling under excessive pressure, and hopefully take action.

Rather than (or as well as) trying to prevent stress or prevent lapses of attention, an organisation might seek to promote worker wellbeing so that employees are alert, focussed and motivated.  Workers might then be described as being ‘engaged’ in their work (e.g. Schaufeli 2014).

My research revealed that workers are more likely to feel heightened wellbeing, and to be engaged in work roles, if they perceive that the workplace is helping them to meet their needs.

So, what is it that humans need?  According to Self-Determination Theory (Ryan and Deci 2000), we strive to feel that we have control over our lives, to feel competent and have a sense of belonging.

Martin Seligman, the father of positive psychology, also talks about our drive to feel a sense of purpose (2011).  Generally, these higher, psychological needs are poorly served by a ‘command and control’ culture.  Of course, our resources will be depleted if we feel insecure, psychologically unsafe, unfairly treated etc.  These ideas are not new: they have been around since Herzberg (1959) and beyond.

These concepts are relatively easy to put into practice.  Much of the evidence points at the importance of managers adopting transformational leadership skills (Bass 1985).  These revolve around qualities such as showing ‘individualised consideration’ (essentially, caring for workers).  For example:

The recent Taylor Review (2017) highlights how ‘good work’ serves human needs, but reminds us that we are individuals with unique needs and expectations.

Transformational leaders are likely to coach workers, help their team to appreciate the significance of their roles, recognise and celebrate successes and learn lessons from setbacks.

The pride, motivation, extra energy and ‘engagement’ that this generates can translate into greater attention, effort and hence safety when performing work roles.  Helping workers to flourish, by adopting caring, humanising and transformational leadership practices will enhance employee wellbeing and increase their resources and resilience to cope with the demands of work and life.

Hollnagel, E., 2014. Safety-I and Safety-II: The Past and Future of Safety Management. Farnham, UK: Ashgate.