Adding an extra dimension to your qualifications can often pay dividends, not only for the individual, but also for their employer. 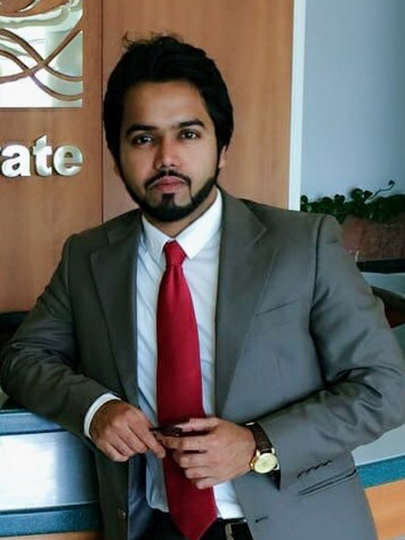 Adding an extra dimension to your qualifications can often pay dividends, not only for the individual, but also for their employer.

When Nasim was studying for his degree in Chemical Engineering at the at the reputed Government Engineering College, Calicut, Kerala, India between 2006 and 2010,  he took the option of Process Safety Engineering as an additional subject. When he graduated, Nasim immediately found work as a safety engineer in his homeland. Within two years, he had secured a Process Safety Engineer role, with the global oil and gas consultancy Applus+ Velosi based in Abu Dhabi, UAE.

Applus+ Velosi is a leading company in the world which focuses on Asset Integrity Management, Health Safety and Environment, Inspection, Testing and Certification services. The group operates from five regional headquarters in the USA, UK, South Africa, UAE and Malaysia and has 70 offices in 50 countries worldwide.

An important addition to Nasim’s suite of relevant qualifications came in 2017, when he passed the NEBOSH International General Certificate in Occupational Health and Safety. “It is an important qualification to hold in the Middle East,” he told us. “It is very well recognised and when someone holds a NEBOSH qualification they are generally seen as a master of occupational safety here. That kind of recognition is not just important to me, but to my employers as well.”

When Nasim, who is now a Senior Process Safety Engineer, heard NEBOSH had teamed up with the Health and Safety Executive (HSE) to develop a specialist Certificate in Process Safety Management, he was delighted. “I was really excited and happy,” he said. “Most of the projects we work on for the key players in the Middle East involve process safety management, so I joined the pilot course at the first opportunity."

“Of course I already knew a lot about process safety, but this qualification really helped to mould my thinking around the management side. I learned a lot.”

Taking the qualification during pilot stage meant that Nasim had the opportunity to provide feedback which helped shape the final version of the qualification. He is now a strong advocate of the new NEBOSH HSE Certificate in Process Safety Management and is encouraging others in the process industries who already hold a NEBOSH qualification to also gain this new certificate.

“Because it is more specialist, it helps you stand out. This will definitely give an edge to Applus+ Velosi, with people having this clear specialism in Process Safety Management. We can highlight this qualification as part of the tender process, for example.”

However, for Nasim, the knowledge he has gained from his full suite of academic and vocational qualifications is about more than just winning business. For him, managing and controlling risk to achieve ‘ALARP’ - as low as reasonably practicable - is a moral imperative, as well as an economic and legal one.

“For me, health and safety is good service to your fellow human beings. It is something I believe passionately in and it gives me the greatest pleasure.”