A Health and Safety Role-Model


Although just 27 years of age, Maisaa Nasrallah is already having a major influence on the development of health, safety and environmental practice and policy in her homeland, the United Arab Emirates (UAE). 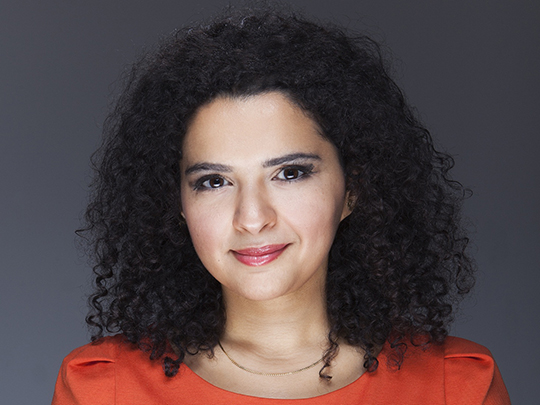 However, Maisaa’s journey to where she is now has not always been easy. Like many women throughout the world, she has had to fight hard to establish herself in an arena of male-dominated industries.

Her original career choice was strongly inspired by her Iraqi father, who moved to the UAE around 40 years ago. He is an electrical engineer with his own consultancy. Maisaa is one of six siblings who followed in her father’s engineering footsteps, by studying chemical engineering in Jordan.

When Maisaa graduated in 2007 and moved back to the UAE, she struggled to find a position to match her degree. What she noticed however, was that health and safety was an emerging issue, and so she decided to take a course leading to a NEBOSH International General Certificate in order to 'use her time wisely.'

“My NEBOSH International General Certificate changed everything,” she told us. “At the time in the Middle East it was something new. It was very topical, almost exotic, with very few people offering this course. Shortly after completing the certificate, I was hired for my NEBOSH qualification, not for my degree, so it turned out to be a life changing decision.”

To say that Maisaa threw herself in at the deep-end would be an understatement. She was appointed by the government as a project engineer on what was the biggest non-oil and gas project in the UAE - a $1.2 billion investment to build an integrated steelworks complex. Her role was to advise on occupational health and safety on site.

Her strong contribution meant she was soon accepted on site and three and a half years on this project taught Maisaa a great deal. To develop her skills further she successfully completed her NEBOSH International Diploma, which in turn led to a new role as a HSE Consultant, working on a variety of high profile projects in the region.

Maisaa is now a senior consultant for Lloyd’s Register. She is currently working with the regulator for the utilities sector in Abu Dhabi, developing baseline surveys and bench marking for the sector. It is vital work that integrates health, safety and environmental procedures into the licensing system for the industry.

The Diploma provided opportunities for me to work in different industries

Cat Salt, Zero Harm Lead, Capital Projects and Asset Development (CPAD) at KiwiRail in New Zealand gave insight into what it has been like for her working in health and safety.

Khansa Burai, is a HSE Engineer who works for the Sudanese Electricity Distribution Company. In this interview, we find out about Khansa’s career and the part that NEBOSH qualifications have played.