Safety becomes almost second nature when you work in a laboratory. It’s one of those things that gets drummed into you in the science labs at school, and if like Kristel Blackburn you go on to study chemistry at university, safety becomes part and parcel of almost everything you do. 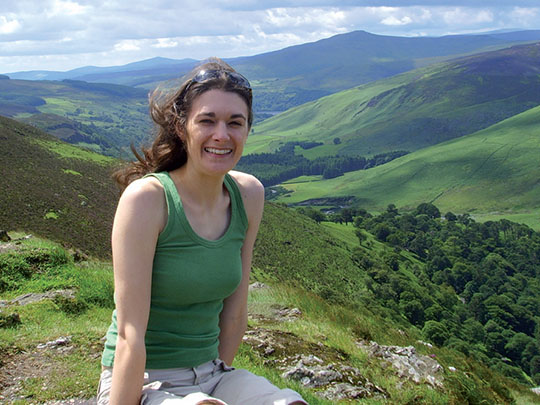 After gaining her degree in 2005, Kristel took a job as a trainee research chemist in a commercial laboratory. Working in a team looking at organic and inorganic synthesis, she was also made responsible for health and safety. Kristel’s duties included safety training, such as for breathing apparatus and chemical spills, and keeping important documentation up to date.

Unfortunately the lab where she worked closed in 2008, but Kristel’s experience of health and safety - and the fact that she’d picked up a NEBOSH General Certificate along the way - meant she wasn’t left completely high and dry. She was offered a job as a Unit Safety Manager at the Mott MacDonald Group - a large management, engineering and development consultancy - in its quality, environment and safety division. Safety was no longer something that was second nature to Kristel, it was her second career.

One condition of her being offered the job at Mott MacDonald was achieving a NEBOSH Diploma in Occupational Health and Safety. Her counterparts in the organisation were qualified at this level, so she was expected to achieve the same.

Kristel took the Diploma in her stride. She gained the highest mark in Unit A ‘Managing Health & safety’ and then went on to get the top score in Unit B ‘Hazardous Agents in the Workplace’. Overall, she was NEBOSH’s ‘Best Candidate’ for the Health and Safety Diploma in 2009/10. Despite her success, Kristel is fairly low-key about her results and says she doesn’t believe she has a special gift for passing exams. She puts it down to hard work, and more importantly the fact that she just really enjoyed the course. Kristel says she believes her NEBOSH Diploma makes her “a better person to employ. More useful.” And on a personal level, she adds her qualification makes her feel more secure in her work.

She’s already got one eye on her next qualification. Kristel’s employers are often involved in major construction projects, so she sees the NEBOSH Certificate in Construction Safety as a direction she could follow.

But she’s also quite keen on taking a short break from her studies. And why not? She certainly deserves it.