Have Knowledge, Will Travel!


Joel Nedamo has seen a lot of the world. He was born, educated and began his working career in the Philippines. His degree in Civil Engineering from the Mapua Institute of Technology in Manila helped him secure work in many different places such as Kuwait, Taiwan, Singapore and Abu Dhabi. 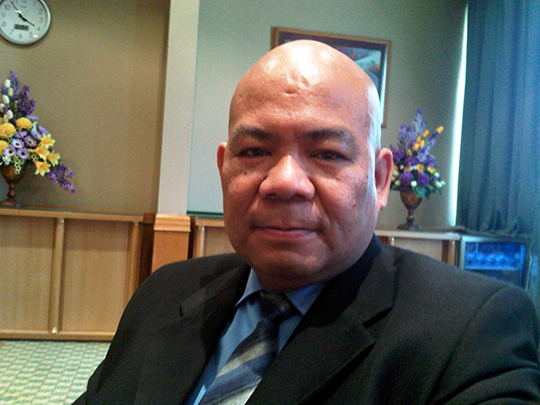 But it’s another qualification that’s brought him even more success recently and it’s a qualification Joel hopes one day to take back home with him.

A few years ago, when working for a contracting company in the construction sector, Joel decided to develop his knowledge of health and safety. He saw it as a useful career move and one that might lead to a more interesting role.

Two years later he gained his International Diploma and Joel now has a very interesting and challenging role. He is responsible for all aspects of health and safety at the Dubai World Trade Centre (DWTC) in the United Arab Emirates (UAE).

The DWTC complex includes a 39 storey tower, housing offices for some of the world’s largest and most well known businesses, as well as eight exhibition halls, the Dubai International Convention Centre and residential apartments.

Joel’s responsibilities include reviewing all risk assessments, method statements, policies and activities at the centre. As this includes the operations of all visiting contractors and exhibitors he’s a very busy man! And as Joel says himself, it means he needs to know a lot about health and safety.

“I need a lot of information to be successful in my work and I have been able to develop this because of my Diploma. It’s a very advanced qualification.”

“Taking my NEBOSH International General Certificate broadened my knowledge and gave me more confidence. It put me on the pathway to achieving my Diploma and helped me secure the role I now have.”

Joel believes so strongly in the value of his qualifications he has set himself a long term goal of delivering NEBOSH courses in the Philippines, to try and improve health and safety standards there.