Health and safety boring? Far from it mate!


“What’s this health and safety lark all about then?” Mark Stevens regularly gets asked this question by former army colleagues who are about to face the same predicament he did around four years ago. 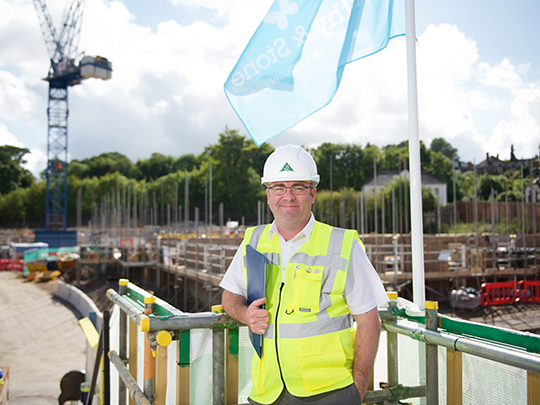 “It’s a big step leaving the military, especially if like me it was your job for 23 years,” Mark told us. “In your last few years it’s firmly on the horizon, so you have to start thinking about what you’re going to do next.”

To support the transition from a military to a civilian career, the Armed Forces fund vocational training through the Enhanced Learning Credits (ELCAS) scheme. As a Royal Engineer, Mark initially considered using his to support a move into a trade such as plumbing, but after seeing a few posters offering health and safety courses he decided to give that a go instead. “Health and safety seemed to be a popular option when it came to resettlement training. Those that had made this choice before me seemed to have gone on to have successful careers outside the army too.”

His plan worked and Mark found a health and safety position with a Construction, Design and Management consultancy before his time in the army was even up. One year later he applied for a role as a Health and Safety Advisor with the Building Safety Group and has worked there ever since. In January 2019, Mark was promoted to Principal Safety Adviser for the South Region.

The Building Safety Group, a not-for-profit organisation, was formed in the mid-1960s following the Aberfan disaster, an event which led to the deaths of 116 children and 28 adults. Following the tragedy, Bristol and South Wales based businesses clubbed together to pay for a retired policeman to visit construction sites in the area to ensure they were as safe as possible, in a time that preceded the Health and Safety at Work Act.

The Building Safety Group has expanded significantly since then and now provides around 20,000 construction site inspections to its 800 member companies each and every year. Mark is one of 35 employees based throughout the UK who carry out health and safety inspections and offer advice to ensure compliance and best practice procedures are being followed. “It’s a great organisation to work for; I absolutely love it.” said Mark.

So now when his former army friends ask him about health and safety, Mark has two clear messages. “Firstly, it’s a great role. I manage myself, I’ve got a good work-life balance and I am happy at the end of the day, which is the main thing isn’t it?

“Secondly, I always recommend the NEBOSH route as it’s the most well recognised and regarded option. NEBOSH qualifications are what employers and recruiters want. Without the NEBOSH National General Certificate in Occupational Health and Safety many won’t even consider you, and the more you have beyond that the more you’ll stand out.”

He adds: “You know one or two of my army friends have said to me, health and safety, is that not a boring job? And I always say ‘not at all, far from it!’ There’s a new challenge facing you every day. I’d hate to be sat in a factory or office churning out the same thing every day. I get outside in the fresh air, I’m not spending months away from home anymore, which is brilliant, and I’m meeting new and interesting people every day. It’s good fun, it makes me happy and I get to help keep people safe from harm. Each to their own of course, but for me it’s a very enjoyable and fulfilling role.”